What To Do In The Palm Harbor & Tarpon Springs Areas 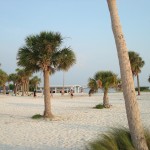 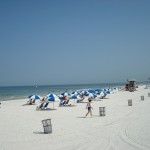 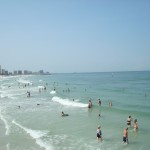 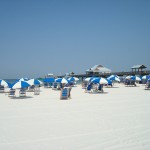 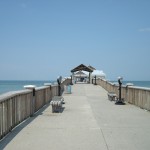 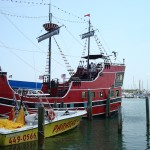 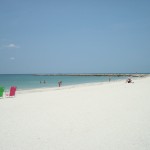 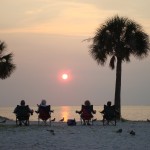 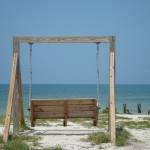 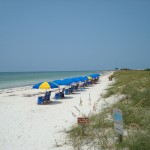 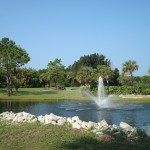 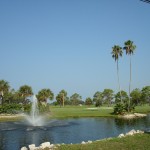 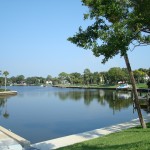 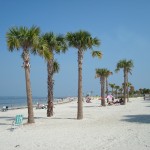 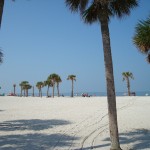 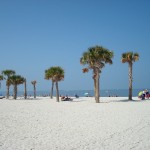 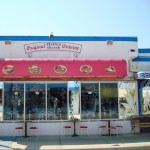 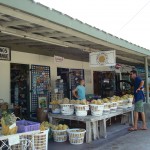 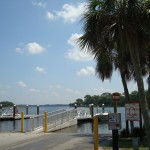 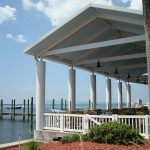 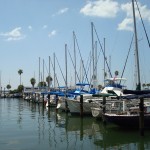 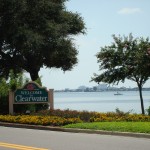 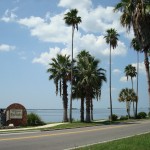 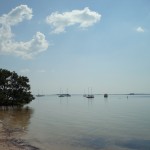 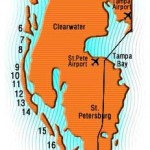 Florida is known as the Sunshine State – the southern tip of Florida is only 62 miles from the Tropic of Cancer giving it a real tropical climate.

Florida has a great climate all-year round with an average annual temperature of 72 degrees Fahrenheit and 95% days of sunshine so you will be spoilt for choice when it comes to outdoor activities.

The winters are mild and the summer very hot. The temperature chart below shows average temperature (both in Celsius and Fahrenheit) per month for the Tampa Bay area.

Of course most people come to Florida to enjoy the beautiful beaches. In this respect we are very fortunate because the Gulf Coast has many of the best beaches in America including the famous Clearwater Beach which has an amazing stretch of white sand. It’s Pier 60 has free entertainment each evening and activities for children.

Even closer to us we have the quieter beaches of Honeymoon Island, Sunset Beach, Caledesi Island and Fred Howard Park.

Clearwater Beach was referred to as a “a gem for families” with “gorgeous white sand, attentive lifeguards, shallow waters that are clear and warm, a pier, and plenty showers and restrooms.”

TripAdvisor’s list of the top ten beaches in the U.S. has Fort De Soto Park as best beach in the USA for the second consecutive year, while Honeymoon Island State Park ranked ninth. 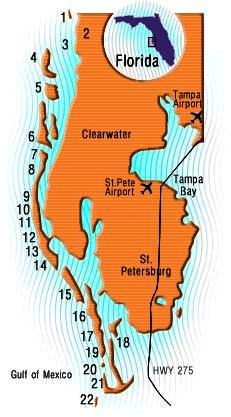 The map to the left shows a series of numbers – these represent beaches – there are lots and lots!

Located at the west end of Gulf Road in Tarpon Springs, is a favorite with locals for picnics, swimming and boat launching. It has barbecue grills, sheltered picnic tables, bicycle stands and public restrooms. Hours are from sunrise to 10 p.m.

To get to the 600 acre island you have to get a boat across so the island is free of traffic. The boat leaves from Honeymoon Island state park – also well worth a visit in it’s own right. The park is open daily from 8 a.m. to sunset.

There are dunes and a 3 mile stretch of sand which is so good you feel like you could be on a Pacific island. Rent an umbrella and two chairs for $20. Look for shells, hire a kayak or walk the 3 mile nature trail. Ferry leaves every 30 minutes from 10am. Link to official site for Caladesi Island

This island is the most popular of all the area’s many beaches, especially with families. Clearwater Beach offers just about every water and beach activity imaginable.

The Sunsets at Pier 60 festival features music, entertainment and a beautiful Gulf of Mexico sunset throughout the year. Link to official site for Clearwater Beach.

Crystal Beach (not on map)

This is very close to our apartment. Although called Crystal Beach this isn’t the place to go with the children as there are plenty of big family-friendly beaches nearby – this is really just a spot to watch the sunset and the birds. There are benches and boats docked.

We also recommend these great websites with further detailed info on Florida and it’s beaches and lakes.

Our apartment faces Lake Tarpon which is Florida’s second largest lake. Eating or drinking at the Tarpon Turtle restaurant is highly recommended.

This is about a mile up the road and also gives access to Lake Tarpon. Well worth a visit as it is absolutely beautiful. Great covered picnic areas and plenty of restrooms.

Just a mile up the road there is the town of Tarpon Springs, a renowned port famous for its Greek community diving for sponges.

We must also highlight the nearby town of Dunedin with it’s Scottish links. Dunedin is just north of Clearwater and has access to Honeymoon Island and Caledesi Island. It has a good marina with some tasty waterfront restaurants.

You are within easy reach of Disney World, Epcot Centre, Universal Studios, MGM Studios, Sea Life, and all the other attractions in Orlando. The drive is a very easy one as you take highway 4 all the way from Tampa towards Orlando and it takes about 90 minutes.

On your doorstep in Tampa, you also have a major theme park, Busch Gardens, famous for having the best rollercoasters in Florida. Tampa itself has all sorts of attractions from waterfront shopping, marinas, Lowry Park Zoo, museums, malls, sports and nightlife.

There are some fantastic restaurants near to our apartments in Palm Harbor/Clearwater. The choice and variety is simply amazing. Within 5 miles miles we calculate there to be hundreds of restaurants.

So where to start – well here are some of our personal favourites (in no particular order):

Nana’s Restaurant – up to Klosterman Road on 19 north make left and it is a couple of hundred yards on the right. Cute and very traditional, small, plenty of locals. Open for breakfast (very good) and lunch.

Eating – we went to Cody’s, which was very good, we also tried Olive Garden as they had a deal – 3 courses 12.95, and this was very good, definately not small portions. The Dockside Bar was also very good, we found it a god send after our journey – lovely swiss, cheese burger and fires, washed down with some Bud Lite. Nana’s was closed as they were on holiday, so most of our breakfasts were at the apartment, we did find a bakery called Panera (think thats what it was called) – it was north on US 19 next junction up from Nana’s = good breakfast sandwich/danish and the coffee was good. If you are looking for fast food -i.e. burgers we would say avoid Wendy’s – ghastly snack in there. Now for all you ice cream lovers…you must go to Cold Stone Creamery (behind Longhorn’s). We first found this ice cream chain whilst on holiday in Marco Island – the ice cream is to die for….the scales tell us so.

Although we ate at many different restaurants and most were good, we were recommend the following:

Cody’s – as mentioned by others, it was great.
Rusty Bellies – Good seafood found at the west end of the sponge docks. Dine inside or out.
Billy’s Stone Crab & Steak in Tierra Verde, located at the Southern end of the barrier islands in the mouth of Tampa Bay. We ate some of the best seafood at Billy’s.
Cafe Alfresco in Dunedin – located at the corner of Main and Pinellas Trail. Food and service were top notch and the ambiance was great for lunch.

Also much liked Tarpon Turtle for its lake side setting and snacks but had a poor dinner there. Outback (s on 19) was our favourite for steaks, fried coconut shrimps and happy hour drinks.

For sea food in general we particularly liked Rusty Bellies near sponge dock  in Tarpon Springs. For more formal eating with a large menu and a great environment found Ozona Blue very good indeed but need to pre book.

We were not too impressed with the Red Lobster restaurant. Eric April 2012

For breakfast & lunch we recommend the Garden Grill which is a couple of minutes south on the US19, it’s on the right hand side behind Wendy’s, (look for the ‘Ship-Happens’ sign and it’s just behind this). This diner has a large & varied menu, great sized portions – Pamela March 2015

Our favourite restaurant was the Longhorn Steakhouse & we would recommend Currents in Tarpon Springs if people want “proper restaurant food” rather than the usual large portions & steak/fried food provided by most eateries. Diane and Andy June 2011

“Info for your web page Shells in Clearwater is closed but we found a good one close to where it had been called Jimmy’s Fish House & Iguana Bar (lovely sea food.) Val, January 2010.

Our favourite restaurants were Smokey Bones located in the Clearwater mall, down US19 and Cody’s Roadhouse located up US19 towards Tarpon Springs. Both serve fantastic food with great atmospheres for all the family.” Steve W. June 2009

“Our favourite place to eat was the Golden House Chinese buffet. See their website for printable discount coupons. The price for two people to eat is about $25. It can be found north on Highway 19 in New Port Richey. It had a lot of seafood dishes including snow crab as well as Chinese food.” Vicky and Brian. May 2009

“The Waffle House for breakfast is a right laugh, really friendly staff, great food and good value. We since understand that it has a bit of a ‘greasy spoon’ image, but we speak as we find – and we thought it was brill!” Diane B. May 2009

“We loved the Greek Pizza Kitchen in Tarpon, we were looking at the menu on the door and a very friendly local woman (having said that all were friendly) said that her daughter comes out from Clearwater to get the takeaways as it was so lovely. Indeed it was, we had a takeaway and ate in (on seperate nights!) and all was excellent and the staff were very nice.

We also had breakfast just round the corner from the Greek Pizza Kitchen at the Trail Side Cafe, situated opposite the old train station next to the Pinellas Cycle Trail. The pancakes and Belgian waffles are to die for and the burgers are all home made.” Laura and Pete November 2008

“We found a couple of restaurants which were good for breakfast – Bob Evans a couple of miles south on 19 from the apartment. Nana’s Restaurant – up to Klosterman Road on 19 north make left and it is a couple of hundred yards on the right (little home from home). But like all Americans they can’t make a decent cup of tea (stick to the coffee).” Trevor C. September 2008

“Ozona Blue 125 Orange Street Palm Harbour FL 34683 has restaurant overlooking marina and you can have cocktails or food round their pool. On Fri Sat and Sun evening you dine with an outdoor live music band. A must!!!!! A.W. July 2008

Numerous supermarkets (including Wal-Mart, Publix and Albertsons less than a mile away) as well as shops and malls (including Clearwater Mall) are also on your doorstep.

The area is a haven for golf lovers. Less than half a mile away is world-famous Westin Innisbrook Resort which hosts a PGA tour event which attracts golfers such as Tiger Woods.

Wentworth Golf club and the Lansbrook Golf course are also top courses but equally there are affordable public golf courses at which players of all standards can just turn up to play.

Within 10 miles there are about 40 golf courses!!

More information can be found on our useful-links page.

There are major sporting teams such as the SuperBowl champions Tampa Bay Buccaneers and the Tampa Bay Devil Rays baseball team. You can also watch spring training for the Toronto Blue Jays and the Philadelphia Phillies.

Swimming with Manatees in Crystal River in the Homosassa Springs Wildlife State Park has also been recommended by previous guests.

There is a 10-screen multiplex literally across the road.

MORE THINGS TO DO!

Nearby is the Pinellas Trail which is 47 miles long where you can walk, run, bike, jog, or rollerblade.

You can find out more about which cookies we are using or switch them off in settings.

This website uses cookies so that we can provide you with the best user experience possible. Cookie information is stored in your browser and performs functions such as recognising you when you return to our website and helping our team to understand which sections of the website you find most interesting and useful.

Strictly Necessary Cookie should be enabled at all times so that we can save your preferences for cookie settings.

If you disable this cookie, we will not be able to save your preferences. This means that every time you visit this website you will need to enable or disable cookies again.